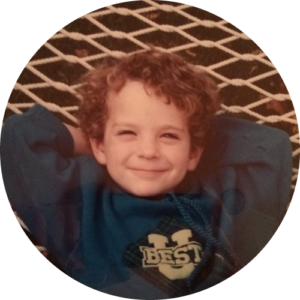 Years ago, Josh used to look like this. It’s hard to say with precision what went wrong since then.

Years earlier, Josh built Eleven Magazine (and later, Eleven Media Group), turning the enterprise from a simple, dorm-room based idea into a comprehensive monthly guide for St. Louis music fans and culture enthusiasts. Josh served as CFO and Associate Editor, but also sporadically contributed as the magazine’s most heralded and hilarious columnist (arguably).

In the meanwhile, Josh spent time working as a Product Manager at The Huffington Post, Dstillery, OpenTable, and a handful of other startups. He’s also gotten degrees from Olin Business School at Washington University in St. Louis, and from Harvard Business School at… well… you know where.

Josh’s current life goals include shooting a flamethrower, building a treehouse, writing a book, and changing the world—though not necessarily in that order. His favorite topics are music, self-driving cars, user experience design, and soup dumplings.

If you’re interested in Josh professionally, you might want to connect to him on LinkedIn. Otherwise, you might consider sending a thoughtful email to him at josh@joshpetersel.com.

Josh usually doesn’t write about himself in the third person, but he thought it’d be fun to try out here.